Several activists, school students and their parents laid flowers and lit candles on the gates of School No. 162. When they tried to make speeches, the police began to force them out, demanding to disperse. Nevertheless, civil society activists began shouting slogans demanding to respect the rights of children, change the atmosphere in schools, and show tolerance for children's character. In the meantime, the authorities made only one conclusion from the tragedy - they blocked the windows on all floors of schools.


Police pursued the activists for about two hundred meters until they left the school.
Recall that a student of grade 8 in school 162 jumped from the third floor of the school on April 4. Two days later, she passed away in the City Clinical Center.
The Baku City Prosecutor's Office has initiated a criminal case under Article 125 (bringing to suicide). The tragic incident caused a wave of indignation in social networks. The school director Sevinj Abbasova was suspended from work until completion of the investigation. 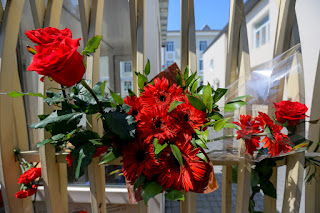 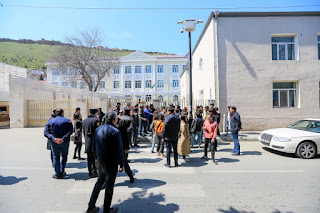 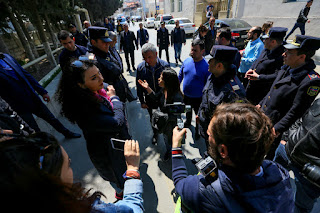 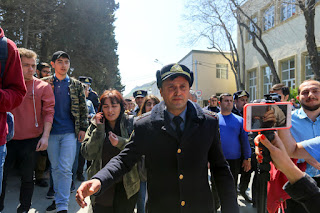 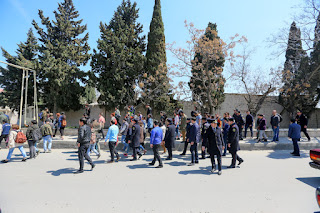 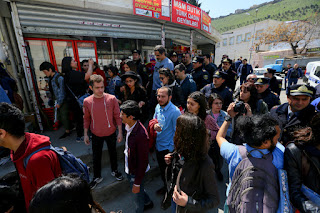 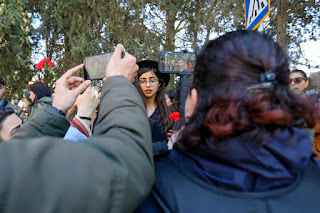 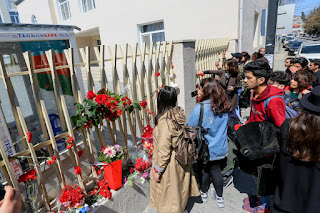